My mother was born there. It was fitting that I got to enjoy the true raw beauty of this state on what would have been her 77th birthday.  I was thinking about you mom!

We arrived for the workshop Friday afternoon and hit the ground running with a shoot at Elakala Falls, Blackwater State Park.  There were three separate areas to shoot, but I spent that entire session working the main fall under the bridge.  I usually need some extra time the first outing or so to get myself reacquainted with my equipment and techniques for the landscape photography world.  My camera and mindset are normally set for birds/wildlife around home. 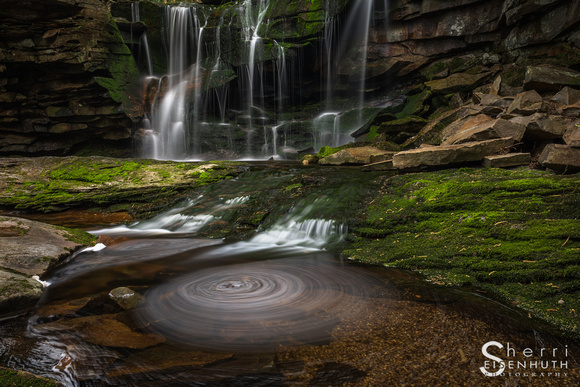 Our second stop, for sunset, was Linday Point.  It was maybe a half mile hike through the woods on level terrain, so wasn't bad.  The end of the trail opened up to a magnificent vista, overlooking Blackwater Canyon.  There is a platform built into the side of the mountain for a safe place to take in the view. Or, for those that are a touch more daring and not deathly afraid of heights, you can walk around the perimeter of the platform to get some different perspectives.  We didn't get the colorful sunset that we had hoped for, but it was a breathtaking view nonetheless.  You bet I'll be back again to try and catch a more brilliant sunset :) 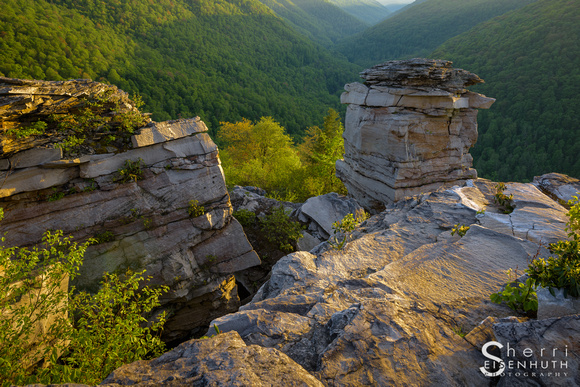 The next morning the alarm was set for 4am to get up and ready, and travel to Bear Rocks in the Dolly Sods Wilderness - Caanan Valley, Monongahela National Forest.  I'm not a fan of rising so early, but I must say, this excursion was well worth the effort!  We walked for what seemed like forever though the dim pre-dawn light, winding our way through an ocean of blueberry and other bushes, careful not to trip over rocks jutting up in the trail.  We arrived in the general area we wanted to shoot for sunrise, and started setting up and playing with compositions as the sun began to peak the horizon.  It was about then when the rain arrived.  Oh, did I mention how windy it was too?  There was an extremely forceful wind at that elevation, so the rain pelted us pretty good.  I had my raincoat on, but had foregone the rain pants (that won't happen again).  The good thing is that the rain was totally at our back, so we could shield our gear with our bodies.  My backside was totally soaked before I even realized I was wet.  Fortunately the rain stopped as quickly as it came up, so we were able to continue shooting as we were treated to a spectacular sunrise! 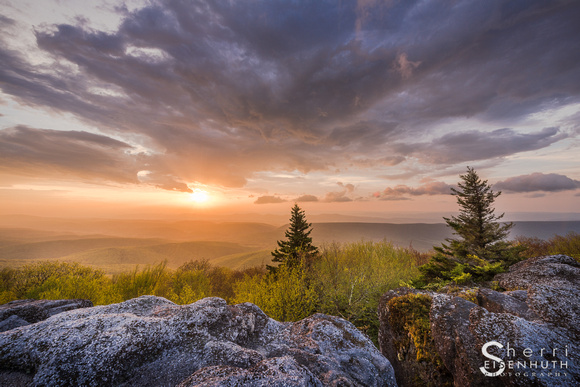 After Dolly Sods, we hit Elakala Falls again, and then went for a well deserved breakfast.  I barely noticed my still wet underwear (don't you hate wet underwear?) because I was too busy scarfing down bacon and eggs!  It's funny how one thing overrides another.  From there we went back to the hotel for some well deserved rest (at that point we had been up and going for eight hours already)! 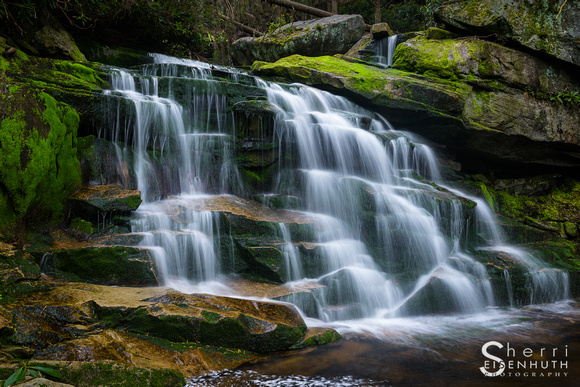 For sunset we headed back out to take another shot at Linday Point.  We had grabbed a sandwich to eat along the way - most meals on these workshops are on the fly or at odd times.  Good images come before food.  Them there's the rules!  You have to be well prepared with granola bars, beef jerky or whatever traveling snacks you like.  Once again the light did not cooperate, so we didn't come away with any great images.  That's the roll of the dice with landscape photography.

Wow, were we treated to something special the next morning - Douglas Falls.  The rocks are an orangish color, which complimented quite nicely with the saturated greens.  Unfortunately this unnatural color came from some sort of mining accident, but sure does make for a pretty picture!  For this particular shot we had to shimmy down about five feet of stacked railroad ties to crawl out onto a large and VERY slippery rock (with no real flat surface) to set up our tripod.  I almost ended up in the water, but thankfully caught a ledge!  I was very grateful that my camera and I both survived that one :)

On our way back to the hotel we stopped at another waterfall.  I wasn't totally inspired by this fall, and the sun had come out making for some bad lighting anyway, so another photographer and I headed on down the stream to find a smaller fall with a cool little cascade. 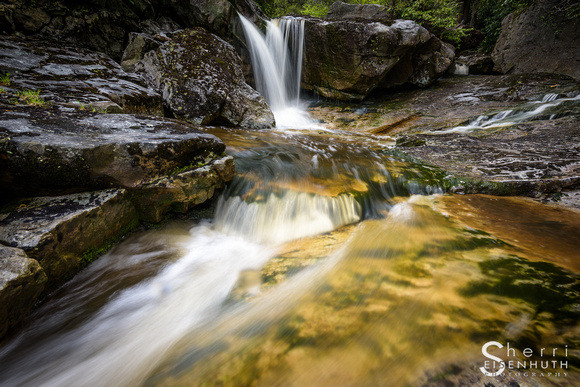 Back at the hotel we had a classroom session with Joe with some individual editing sessions.  It was a great learning experience.  After class, we broke out again for one more sunset session out at Dolly Sods to wrap up the workshop.  The wind sculpted sand stone rocks were some of the neatest things I saw on the trip!  The sunset was not as spectacular as the sunrise that we had witness in this area, but it wasn't all that bad either. 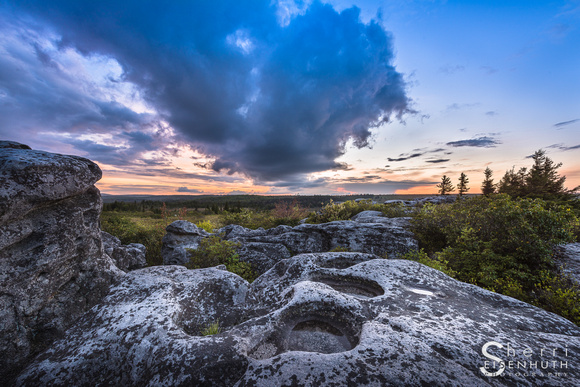 The next morning I had a private session with Joe.  He took me down to the third waterfall (I hadn't made it down to that one during the course of the workshop).  I'm really glad we chose to do it, because it gave me one of my top three favorite pictures from the trip.  It was a bit unnerving because we had to stand right up against a ledge that dropped off several feet onto another rock ledge.  We were in the water (that was the case for a lot of the waterfall shots) and it was rushing pretty good, but was not deep.  It was another opportunity to use my wide angle 14-24 lens, so I was a happy camper! 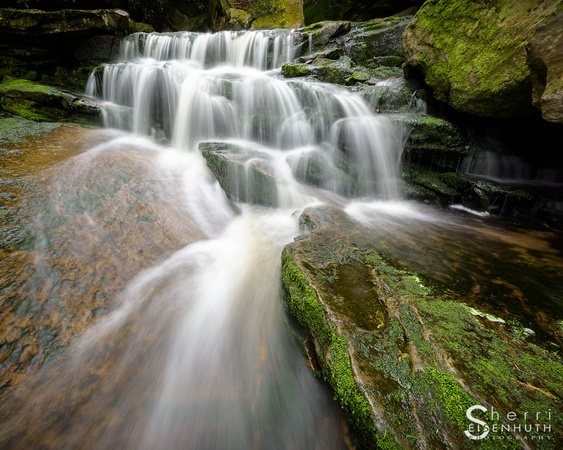 A big thanks to Joe Rossbach and all my photography friends for making this such a great workshop an memorable weekend. I can't wait to revisit this area again!